For years, bitcoin was touted to be the preferred currency of criminals. A world that was devoid of proper authority, filled with weak points where hackers could waltz in and take whatever they wanted. Said to be worthless, unsafe, and unregulated. Fast forward a bit, to around 2017 when public adoption was on the rise, and bitcoin became a “fad”, just another bubble, unlikely to pan out or provide any real investment potential.

Frankly, none of this wears true of bitcoin then, and it’s certainly not true of bitcoin now. However, these classic arguments, put forward by bitcoins most vocal detractors do describe a financial system. Unfortunately, it’s the one backing our governments, paying our bills, and being used by us every single day. Even a novice bitcoin user could tell you that exchanges like Bitvavo are exceptionally secure. They’re quick and easy to use. They’ll never cause a global financial crisis, and in fact can function as an attractive hedge should fiat fail completely. They’re available for business 24/7, and possibly greatest of all- anyone can use it.

Speaking frankly, bitcoin is probably more safe than traditional financial options because it is free of one commonality. An eventuality that will degrade the goodness of near any medium it’s applied: the power of greed. While bitcoin is absolutely used as a medium in which to increase gains and bolster portfolios, but because of its decentralized nature, the whims of powerful individuals are largely left outside of the regulatory and functional aspects of the digital asset.

The usefulness, and the inherent safety, of this decentralized structure can be easily distinguished when you look at centralized banking structures and digital currencies side by side. Despite a well-known, and largely explicit, history of less-than-toward banking practices; despite a fiat based on nearly as much physical worth as bitcoin itself- many still trust these legacy institutions. Why? Well, for one- digital currencies can be confusing.

Despite the multitude of intricacies that go into making one transaction at your local bank, it’s something that the major majority of the well banked world is supremely familiar with. Even if it’s simply on a superficial level. Depending on what country you’re hoping to originate your bank-to-bank transfer in, and consequently where you want your transaction to terminate, bank transfers are relatively simple.

You choose an account to either send money to, or take money from, give this number to the other participating party. Personally, identifying information and amounts exchanged, the transaction goes through your bank’s digital network. After putting a hold on the funds that will be withdrawn, your bank turns toward its IT system. If your bank exists within the same network as the bank you’re transacting with, the procedure is relatively quick, mostly safe, and fairly inexpensive. Should you require your bank to go outside of their network, transactions can become prolonged, expensive, and more dangerous. Exposing users to fraud, scams, and exposure of their personally identifying information.

Bitcoin is a truly global banking system, where sending money to the most unusual places is still secure, relatively inexpensive, and nearly instant. Otherwise, transaction processes between banks and bitcoin work somewhat similarly. Instead of your name, address, bank account number, and sorting code however- all you send is a public key, comprised of a series of numbers and letters, that is associated with your wallet address. This particular key can never be used to withdraw funds from your wallet, only to identify where it is. In order to actually send or receive funds, bitcoin users must privately “sign” a bitcoin transaction with their private key. A piece of information that you share with no one.

These public and private keys are one of the things that helps keep bitcoin safe. When transacting digital currencies, it’s just not necessary to share personally identifying details like your address or social security number. So, the likelihood of this information becoming public is exceptionally slim. Unlike the centralized banking system, as many have been the victims of identity fraud thanks to the outmoded practices used by many banks.

Bitcoin is also safe from inflationary practice, as the coin relies on an economic principle called “artificial scarcity” to derive its value. This means that a finite amount of bitcoin is in existence, and only that amount will ever exist. No more can ever be created. So, the crypto relies on the models of supply and demand to hold its value. Fiat, on the other hand, can essentially be printed at any time a government deems it necessary, which can cause some serious problems for consumers. As seen in the hyper inflated financial landscape of Argentina, or the 2008 housing market bubble and crash.

Bitcoin is also safe because it’s transparent. Centralized banks buy debt, create debt, and essentially make money off of using your own- in ways that you’re unlikely to ever see, as it is rare for a bank to open up their books to the public. Bitcoin uses a distributed ledger technology called blockchain. The blockchain is a public record of every transaction that has ever been made on the bitcoin network. While these transactions can be viewed, they cannot be reproduced or altered once they are added to the blockchain. Creating a self-sustaining environment of transparency. Miners (those computers that verify and add the transactions) are rewarded in freshly minted bitcoin and transaction fees, but no further money can be made, so there is no financial incentive to engage in risky monetary practice- nor is it even possible.

This is an article provided by our partners’ network. It does not reflect the views or opinions of our editorial team and management. 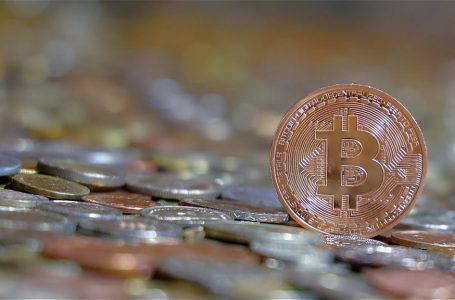 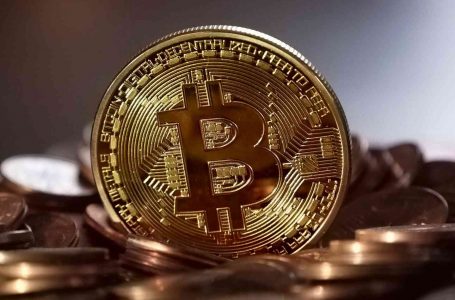 Satoshi Nakamoto and the Inception of Bitcoins...

Guide to Trading and Gamification Part 1